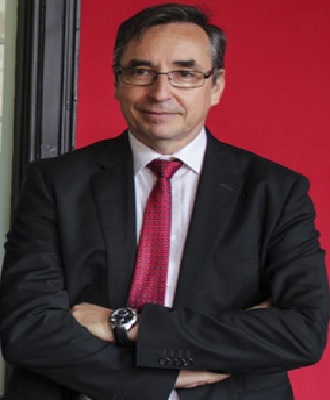 Antimicrobial resistance constitutes a global health challenge that must be met by developing novel therapeutic tools. Flavodoxins are small bacterial proteins that participate in many key metabolic pathways and are promising targets for the development of novel antimicrobials against pathogenic bacteria. The main structural and biochemical features of flavodoxins will be described and the bacteria where they have been proved to be essential proteins or at least virulence factors will be highlighted. One such bacterium is Helicobacter pylori (Hp). This organism establishes long-life infections in about 50 % humans. Eradication of Hp infection, which is based on the combination of different antimicrobials, is being challenged by increasing antimicrobial resistance. To contribute to Hp-specific eradication, we have developed a novel family of Hp-specific antimicrobials. Their efficacy towards resistant clinical isolates and in the mouse model of Hp Infection has been evaluated. We have thus designed, synthesized and tested redox variants of two families of compounds (containing nitroethylene or 7-nitrobenzoxadiazole) that inhibit the activity of Hp-flavodoxin. Derivatives of nitroethylene show similar decreased cytotoxicity and antimicrobial activity and do not constitute a significant improvement from their parent compound. Derivatives of 7-nitrobenzoxadiazole display largely increased therapeutic indexes against several reference Hp strains. These inhibitors are effective against metronidazole-, clarithromycin- and rifampicin-resistant clinical isolates of Hp. Besides, their toxicity for mice after oral administration is greatly reduced compared to that of the lead compound. When given individually at single daily doses for 8 days in a mice model of Hp infection, they reduced significantly the Hp gastric colonization rates and were able to eradicate the infection in up to 60% of the mice.

Professor Javier Sancho graduated and took a PhD in Chemistry from the University of Zaragoza in 1984 and 1988, respectively. He then worked in the Centre for Protein Engineering at Cambridge University (UK) during 1989-1991. At present he is Professor of Biochemistry and Molecular Biology at the University of Zaragoza. He has published 128 scientific articles in SCI journals, filed 21 patents (1 in exploitation) and directed 19 Doctoral Theses.