HYBRID EVENT: You can participate in person at Rome, Italy or Virtually from your home or work. 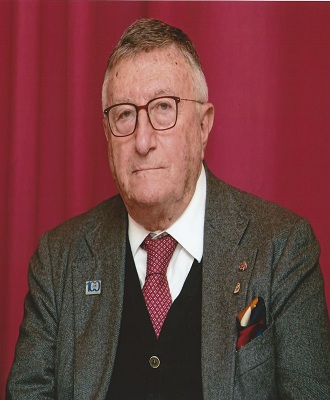 Dr Tarro has been engaged in medical research for over 30 years. He was born on July 9 1938 inMessina, Sicily, where he attended High School, and in 1956 began his medical studies at Messina University and then in 1960 continued at NaplesUniversity from which he received his M.D. "summa cum laude» in 1962 and the professorship for Oncological Virology in 1972.
His research work began in 1960 in the virology laboratory of the department of Medical Pathology at the University of Naples and continued during the entire period of his medical studies. In I963 and 1964 he was at the Polyclinic of the University in Naples receiving training in pathology, neurology and internal medicine. In 1965 he went to the Children's Hospital Research Foundation at the University of Cincinnati, where he worked with Dr Albert B. Sabin as a Research associate for three years and, subsequently, in 1968 and 1969 he was assistant Professor of Research Pediatrics at the same University. From there Dr Tarro went back to Naples and established a virology laboratory at the Hospital for Infectious Diseases with the help of a Research Contract from the National Cancer lnstitute (U.S.A.). In 1973 Dr Tarro worked as Senior Scientist at the Frederick Cancer Research Center with Dr Albert Sabin, who was then a special consultant for the National Cancer lnstitute. His most notable work provided experimental evidence for the association of herpes viruses with cancer of the cervix. Although at first controversial, this work has been carried out by several laboratories using different techniques.
Dr Tarro's researches in Virology have been both basic and mission oriented. His basic researches have been concerned with antigens induced early during the replication cycle of herpes simplex virus (HSV). Specific antibodies were detected by the enzyme-Iinked immunosorbent assay in the serum of patients affected with certain carcinomas of the head, neck and urogenital tract. His mission-oriented research has dealt with many aspects of various infectious diseases including broncho-pneumonia, encephalitis, cholera, and the diseases caused by different viruses.
During 1979 he was engaged in research on an epidemic disease in Naples called the "dark disease". Dr Tarro isolated the respiratory syncytial virus (RSV) and found antibody evidence that this virus was behind the epidemic. The World Heath Organization expert were called in and agreed most cases of disease were caused by RSV. In 1981 he suggested the proper use of interferon to cure the cytomegalovirus infection affecting the pope John Paul the second who underwent long surgicaI operation and received huge blood transfusion after the killing attempt.
Dr Tarro is currently engaged in scientific research related to the separation and identification of tumour antigens present on cell membranes and their potential value in immunotherapy for cancer. He has shown that specific soluble antigens may be used in various tests for a further understanding of their role in various cancer systems. Another study has involved the identification, isolation and characterization of specific virus-induced tumour antigens, which were the "finger-prints" left behind in tumours induced in man by human herpes viruses. IntramuraI activities have included being director of thesis and research for many candidates; director of medical research fellowships for medical students; participation in research planning for clinical colleagues; teaching virology, oncology and immunology to medicaI and graduate students.
He is on the editorial board of various Italian medical journals. Dr Tarro has been elected to membership of many academies and societies. He has also been the recipient of many awards and honours. Dr Tarro is life president of the T. and L. de Beaumont Bonelli Foundation for Cancer Research officially recognized by Italian presidential decree n. 36 of January 3, 1978. The aim of the Foundation is the promotion of scientific research on cancer and was instituted thanks to the generous donation of the late Teresa Berger who Ieft to the foundation a Iarge part of her patrimony, whereas the late husband, the EarI Luigi de Beaumont Bonelli, Ieft most of his patrimony to the Nobel foundation.
Son of Emanuele and Jannello Emanuela, his father was a doctor, an anatomic and clinical pathologist. His sister, Licia, teaches French and is married.
Dr Tarro was on his own since the age of twenty, making the Iiving on scholarships, and used his earnings to purchase books. He enjoys soccer, swimming and good food. His favourite hobbies are art history and sightseeing.
In 2007 Tarro has adopted one son, Giuseppe, expert in computing who is married with Antonella and they have a doughter, Giulia.